Everybody knows that I’m a big fan of the up until this moment woefully ignored Apple TV.   Everybody also knows that I am itching for an opportunity to ditch DirecTV, cable and all the other old media and over-priced methods of obtaining my television programming. 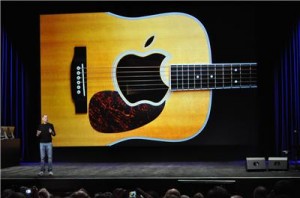 It looks like Apple may have just given  me that opportunity.  Maybe.

I really like the (tiny) look and details of the new Apple TV, announced by Steve Jobs himself at today’s Apple Fall Event.  I’m totally cool with the rent-only, no local storage thing.  I’m very cool with the 99 cent HD TV show rentals.  I love the way Netflix has been incorporated (as an aside, Netflix seems like the big winner here, and Redbox the big loser).

Some details  I need to see include:

1. The other networks need to join ABC and Fox in capitulating to the inevitable dominance of Apple in the TV content provider space.

2. The cost of movie rentals  needs to come down a little.  $4.99 for a 48 hour rental doesn’t seem like much of an improvement.  I’ll pay a little extra for first day access, but I’m thinking $3.00 would be the sweet spot.  Maybe Apple will charge less for movies that have been on DVD for a while.

3. I need to know that I can get cable TV shows on the same basis.  I’m not asking for True Blood for 99 cents, but I should get regular cable programming at the same price.

4. I need shows to be available sooner.  The same day would be awesome.  Days later is not awesome.

My initial reaction is that for the massive amount of money I currently pay DirecTV, I could probably rent all of the shows I really care about.

I just need an acceptable combination of content, speed and price.  It’s too early to tell if we’re there yet.