One of the best things about the new iPhone 6 (both models) are the improved cameras.  Like many iPhone users, I have largely abandoned my traditional video camera and my DSLR in favor of my iPhone.  iPhone photography has been great for a while, and it just got better.

In addition to better hardware specs, the iPhone 6 cameras benefit from the new extensions feature of iOS 8, which allows you to use third party photo apps from the native Photos app (e.g., your camera roll).  Not only is this quicker and more efficient, it solves the problem of having duplicate photos on your iPhone- the original one in your camera roll and the edited one, as modified by the third-party app.

I’m sure it will evolve as I discover more iOS 8 optimized apps, but my current photo tool box consists of the native iOS Photos app, plus three great third-party apps.

Camera+.  This has been the best iOS photo app for as long as I can remember, but now you can use its editing features directly from the Photos app (again, what you probably think of as your camera roll).  Simply tap on the photo, tap Edit in the upper right hand corner, tape the circle with three dots in it at the bottom. 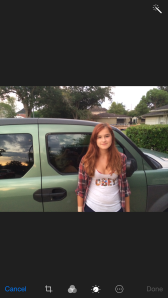 And you can edit that photo with your third-party photo apps. 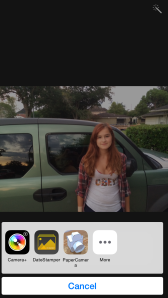 So I often experiment with my Camera+ filters before saving or sharing a photo.

I only recently  discovered this app, but I love it.  The effects are really well-done, and you can flex your creative muscle without a ton of work. 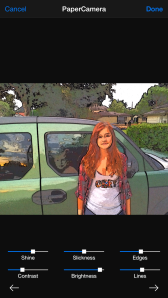 I do not miss the early digital photo era phenomena of super-imposed dates in the corner of your photo, but there are definitely times when you need to note and prove when a photo was taken.  DateStamper does this, again right from the Photos app.

There’s a lot to love about the new iPhones and the new iOS, and the ability to take, edit and manage your photos is near the top of the list.