Erick Schonfeld has three interesting theories as to why Google pushed Google Buzz out the door and into the email client of millions of users, before it was ready for prime time.

I’ve tried Google Buzz, and found it to be pretty uninspiring.  I’d been thinking that one of Erick’s theories might be at play.  A theory that, if true, is going to backfire on Google.  I also came up with a fourth theory that I think plays at least a part in this drama.

One of Erick’s theories is that Google really wants to buy Twitter, and launching Buzz was a shot across Twitter’s bow, indicating that if Twitter doesn’t come to the bargaining table, Google will use some of its war chest to do battle with Twitter on the micro-blogging front.  Certainly Gmail provides Google with a ready-made user base, and you would think that Google could easily be a force to be reckoned with.

The ability to put Buzz front and center in the Gmail email app gives Google a clear path to the stream. 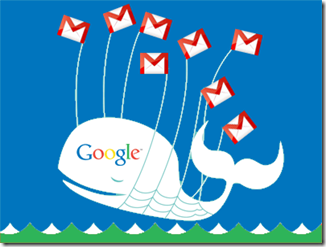 If the Buzz as a negotiating tactic theory is even partially correct- and I’ve been thinking the same thing, it’s going to fail epicly.  I’m sure somewhere in the bowels of Twitter Control, the powers that be have been worrying about what Google might do to steal some of Twitter’s stream flow.  Google is the potential exit strategy and Death Star for most start-ups, so it gets complicated.  One way or another, anyone operating on the web has to keep a constant eye on Google, who could bring pleasure or pain at any moment.  If Google came out of the gate with a mature, elegant and at least evolutionary  micro-blogging alternative, it would combine naturally with Gmail’s massive user base, and it would be game on.

Which means that the swoosh sound you heard in the halls of Twitter Control on the night Buzz was heaped front and center onto the world’s email screen was a giant sigh of relief.

Other than infesting our inboxes with needless Buzz-related email, Buzz isn’t horrible.  But it’s not evolutionary either.  It’s just another Twitter clone.  If anyone other than Google had released Buzz, it would be almost universally referred to as Butt.  As in of jokes.

Stated simply- if this is how Google intends to scare Twitter back to the negotiating table, this effort won’t only fail.  It will actually increase Twitter’s bargaining power.

The Toss Apps Against the Wall Theory

I have another theory that I believe may also be at work here.

Google has done some great things, and is, for many, the backbone of the online experience.  It owns search, which was its lightning in a bottle beachhead in the battle for the ownership of the web.  Ads spring naturally from search and page views, and Google was able to leverage the first to dominate the second.

But after that, there is no denying that Google has had a decidedly mixed record with new projects and apps.  It got there with email, because of its search presence, and because Yahoo and Microsoft were asleep at the wheel.

But it has also had its share of failures.  Google puts on a brave front, but Google Docs is still, at best, a work in progress.  Google Apps looks and acts like a bunch of unrelated applications haphazardly tossed together.

And there have been plenty of others.  Remember Google Catalog?  That’s OK, neither does anyone else.  What about Knol?  Lively?  Something called Orkut?   Dodgeball?  Shoot, even Wave, which came out to a parade of hype, seems to have already lost its mojo.

Google has a track record of tossing a lot of stuff against the wall, and waiting for something to stick.  Some things do, and some things don’t.  It’s too early to tell how Buzz will turn out, but I can say with confidence that it is not now- and is very unlikely to ever become- a threat to Twitter.