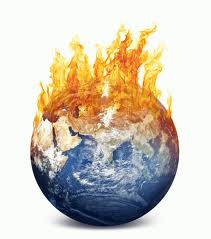 I’m just as certain today that global warming is an immediate and serious threat to our planet as I was in the summer of 1969 that Apollo 11 had actually landed on the moon.  And I get just as frustrated today trying to explain global warming to disbelievers as I did that long ago summer trying to convince some of my fellow 9 years olds that their parents and grandparents were full of crap to claim the entire space program was a governmental fabrication.

Which is why I no longer try.  I have expanded my growing policy of non-engagement to cover global warming and most other environmental issues.

I’ve talked a lot here and in the real world about how hard it is to have a reasoned debate with people who are so psychologically bound to their position that the merits take a back seat to world view preservation.  The older I get the more willing I am to leave someone’s jacked up ideas unchallenged.

There was a very interesting article the other day over at Contexts.Org about a study that found that rather than look for the truth, a lot of people seek out information that confirms what they already believe.  It’s a concept called motivated reasoning.  These theories are similar to the concept of emotional reasoning, which I read about most recently in Mary Pipher’s excellent Reviving Ophelia (must reading for parents of little girls), and a first cousin of the basic concept of rationalization.

All of this provides scientific support for, and at least in my mind an ironclad logical defense of, my theory of non-engagement.  Nevertheless, I feel strongly about environmental issues and believe that the Idiocracy-worthy policy of placing an extra buck or two now above everything later is going to profoundly affect the quality of lives of our grandchildren, if not our children.  A hundred years from now, people will consider our generation who, for all intents and purposes, pillaged the earth for the last quarter of the 20th century and at least the first quarter of the 21st century to be the most selfish, greedy and harmful generation in history.  That’s a pretty big tumble from the lofty perch that our parents’ generation achieved, and for which history will one day give them the credit they deserve.

And from time to time people ask me what I think about global warming.

I end up having to choose between beating my head against the wall or just ignoring the question.  Neither of those is satisfactory.

So from now on, I will direct anyone who asks me about global warming to this page.  Where they can read how I feel, and find some really good information if they care to read it.  But without the ability to ruin my day with illogical denials and half-baked rationalizations.


In hindsight, this song may have
been too optimistic.

Like everything else scientific, let’s look to my favorite blog network- ScienceBlogs.

How to Talk to a Climate Skeptic.

That resource, put together by Coby Beck, is the most important compilation of information on the internet.  Bar none.

Let’s use that resource to punch some holes in some motivated reasoning.

“There’s no evidence of global warming!”  This is the argument I hear the most.  Coby responds:

Global Warming is not an output of computer models, it is conclusion based on observations of a great many global indicators.  By far the most straightforward evidence is the actual surface temperature record.  While there are places, in England for example, that have records going back several centuries, the two major global temperature analyses can only go back around 150 years due to their requirements for both quantity and distribution of temperature recording stations.

These are the two most reputable globally and seasonally averaged temperature trend analyses:

Both trends are definitely and significantly up.  As well as the direct measurements of surface temperature, there are many other measurements and indicators that support the general direction and magnitude of the change the earth is currently undergoing.  The following diverse empirical observations lead us to the same unequivocal conclusion that the earth is warming:

There is simply no room for doubt: the Earth is undergoing a rapid and large warming trend.

“Antarctic ice is actually growing.  So global warming is a myth.”  I hear this a lot too.  Coby’s rebuttal:

There are two distinct problems with this argument. First, any argument that tries to u
se
a regional phenomenon to disprove a global trend is simply dead in the water. Anthropogenic global warming theory does not predict uniform warming throughout the globe. We need to assess the balance of the evidence. In the case of this particular region, there is actually very little data about the changes in the ice sheets, and the conclusions we have seen of some growth in the East Antarctic ice sheet is such a small amount, that with the uncertainty, it might be shrinking. But even this weak piece of evidence may no longer be right. Some very recent results from NASA’s GRACE experiment, measuring the gravitational pull of the massive Antarctic ice sheets, have indicated that in fact ice mass is on the whole being lost.

Secondly, the phenomenon of thickening of an ice sheet is not by itself inconsistent with warming! Such an increase in ice mass in the face of actual warming would be the result of increasing precipitation and this is fully consistent with the Antarctic in a warming world. The Antarctic is actually one of the most extreme deserts on the planet, and warmer climates tend towards more precipitation. So even if you warmed a whopping 20oC from -50oC, you would still be well below freezing and accumulating snow, not melting in the rain.

While on the subject of ice sheets, Greenland is also growing ice in the centre for the same reasons described above, but it is melting on the exterior regions, on the whole losing approximately 200 km^3 of ice annually, doubled now from just a decade ago. This is a huge amount compared to what the changes may be in the Antarctic, around three orders of magnitude larger. So in terms of sea level rise, any potential mitigation due to the East Antarctic Ice Sheet is wiped out many many times over by Greenland’s ice sheet.

And finally, “Even scientists disagree about whether global warming is real.”  Coby has facts that say many of them do agree:

Sure there are plenty of unsolved problems and active debates in climate science. But if you look at the research papers coming out these days, the debates are about things like why model predictions of outgoing longwave radiation at the top of the atmosphere in tropical latitudes differ from satellite readings or how the size of ice crystals in cirrus clouds affect the amount of incoming shortwave reflected back into space or precisely how much stratospheric cooling can be attributed to ozone depletion rather than an enhanced greenhouse effect. No one in the climate science community is debating whether or not changes in atmospheric CO2 concentrations alter the Greenhouse effect or if the current warming trend is outside of the range of natural variability or if sea levels have risen over the last century. This is where there is a consensus.

Specifically, the “consensus” about anthropogenic climate change entails the following:

While theories and alternate view points in conflict with the above do exist, their proponents are in a very small minority. If one requires unanimity before being confident, well, we can’t be sure the earth isn’t hollow either.

This consensus is represented in the IPCC Third Assessment Report, Working Group 1 (TAR WG1). This is the most comprehensive compilation and summary of current climate research ever attempted, and is arguably the most thoroughly peer reviewed scientific document in history. While this review was sponsored by the UN, the research it compiled and reviewed was not, and the scientists involved were independent and came from all over the world..

The conclusions reached in this document have been explicitly endorsed by:

in either one or both of these documents: [PDF] [PDF]

In addition to these national academies, the following institutions specializing in climate, atmosphere, ocean and/or earth sciences have endorsed or published the same conclusions as presented in the TAR report:

If this is not a scientific consensus, then what in the world would a consensus look like?

All of the quotes above are directly from How to Talk to a Climate Skeptic, but there are lots more resources there.  If you are
interested in the topic- and you should be- bookmark that page and read every entry.

Your grandchildren, and mine, will thank you.

2 thoughts on “Global Warming, Motivated Reasoning and Me”