I’ve noticed a trend lately when reading my feeds.  There are so many bloggers churning out earnest posts about supposedly earnest products and events that the fun quotient in the blogosphere is really taking a hit.  My feeds look like hundreds of little sleep-inducing Wall Street Journals. 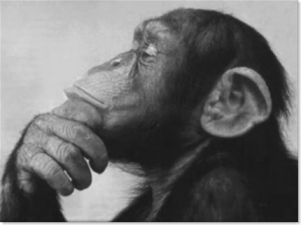 It’s boring.  And ironic.  Ironic, because so many people are spending a ton of time and effort to mimic the very thing they claim to be in the process of replacing.  Infinite potential manifesting itself in the digital equivalent of the neighborhood newspapers we did as kids.

Blogging should be so much more than that.  Why should we albatross this new, improved and dynamic medium by using it in such a provincial manner?  How many “me too” posts do people really need to read about the latest Web 2.0 application?  One might be too many.  Hundreds are far too many.  It’s imitation to the point of irrelevancy.

Many, if not most, bloggers have the potential to be so much more than that.  To be more interesting.  To have more fun.  But fun makes the earnest blogger uncomfortable.  This is serious stuff for him, and he believes that serious and fun just aren’t compatible.  It saddens me to see all this brainpower, potential and effort directed at something so…indistinguishable.

And it doesn’t work.

No moat can contain attention.  It flies across the blogosphere at the speed of broadband.  Clicking here and yon with abandon.  And abandonment- of things too common, or too uninteresting.  Or too earnest.

The toll of earnest writing is heavy.  It’s hard to be serious all the time, particularly when you’re not being paid a decent wage to act that way.  After a while, you just give up, the way we did with our little neighborhood newspapers.  The way so many do with their blogs.

The remedy for this is a healthy dose of fun.  And the realization that fun only has three letters.  Fortunes are made on fun every day.  In fact, when you cut through the jargon, most of the stuff bloggers are concerned with are based on fun.  No one ever confused YouTube with Masterpiece Theatre.

If you want to create a new journalism, you can’t do it in the staid image of the old one.

You have to live outside the box.  Let you hair down.  Write something fun or funny.  Let it all hang out.

Otherwise, you’re just another boring newspaper nobody wants to read.  Fun beats smart every time, and in every way.