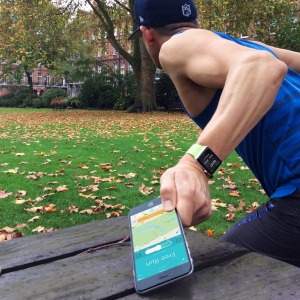 “When I take my iPhone with me on a run, my Apple Watch’s pace and distance estimates are highly accurate. Without my iPhone, it became so inaccurate it was useless.”

This is a giant problem.  Apple makes great devices, but more and more, Apple seems to be counting on our love of Apple to blind us to the things that these great devices inexplicably cannot do.

Bling is great, but you need to be at least as good at the basic stuff as the other devices you are trying to replace.  Sure, fitness is just one component of the Apple Watch, but if you agree with me that apps are not fun to use on the watch, then fitness and notifications are the primary things differentiating the Apple Watch from the watch John Cameron Swayze was hawking to the ladies the year I was born (I wonder how my Apple watch would like that dishwasher?).

When people ask how I like my Apple Watch, my answer is I like it, but don’t love it.  I (still) have to carry my iPhone with me when I work out, and I almost never open an app on it.  At least in my neighborhood, the Apple Watch is making slow progress in its efforts to claim the wrists of regular folks.  I’ve seen less than 5 in the wild.  I offered to buy my wife one.  She said no, because there are a ton of other options that do a better job of accurately tracking her runs.

Similarly, the new Apple TV has a lot of bling.  But under the hood, it lacks basic functionality (including, but not limited to, all those content deals Apple couldn’t get, and Amazon Prime Video), and requires far too much credentials keyboarding on the pretty but frustrating new remote.  Some of this (Amazon and other content) may not be Apple’s fault, but some of it is.  For example, on a slower internet connection,  my year old Amazon Fire TV still loads much faster than my brand-new Apple TV. That beautiful screen saver is awesome, but it’s not  why I bought the device.

If Apple wants us to continue to pay the Apple premium for new devices, those devices need to be mind-blowing, like the original iPhone and iPad, and not meh-inducing, like the Apple Watch and much of the new Apple TV.