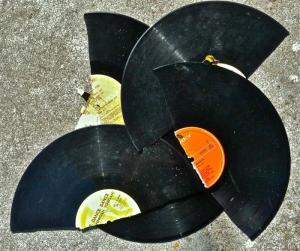 “Apple Music is just too much of a hassle to be bothered with. Nobody I’ve spoken at Apple or outside the company has any idea how to fix it, so the chances of a positive outcome seem slim to none.”

via Apple Music is a nightmare and I’m done with it.

Here’s my conclusion.  Apple Music is geared towards young people who grew up in an era when few of their friends bought, listened to or cared about the entire album experience.  They just want to hear music they like, and maybe save (e,g,. buy, add or steal) a song or two here and there.

That may work out OK for lots of people, but it’s not going to work for people like me who have spent decades compiling, organizing and curating a vast music library.  I find the Apple Music experience to be a jumbled mess (compare just about any screen in Apple Music to the comparable one in Spotify; I gave up on Apple Music when I realized it was going to take more time figuring it out, slogging through its interface and getting things organized the way I want than I would spend enjoying the results).  I’m not interested in “personally curated playlists,” because no persons are curating playlists of the sort of music I like (and, as I noted the other day, no personally curated playlist will ever top Pandora when it comes to finding new music).  Neither am I naïve enough to think the marketing scheme feathered up to look like a way to “connect” with artists is anything more than a new age advertising platform.  America is celebrity-obsessed, so I understand the logic behind it.

But like the rest of Apple Music, it’s not for me.

2 thoughts on “Apple Music Is Missing Some Notes”

There was an error retrieving images from Instagram. An attempt will be remade in a few minutes.