Here are a few tech related items I came across recently.

Google Voice wants to make its transcriptions better.  That’s cool, since they haven’t gotten any better since this (which was over 4 years ago).  I like Google Voice, but the transcriptions are only useful as unintended comedy.

Speaking of Google Voice, you can also save the audio voice mails to Google Drive with this handy script.  I don’t do that, but it’s cool that I could if I wanted to.  What I want more is for Google Voice not to die a Google Reader death.

Save a web page as a PDF here.  You could probably just print to PDF via your Print menu, but where’s the fun in that.  I am still looking for an Automator, Apple Script, Hazel, etc. process to reliably and automatically convert documents in a specified folder to PDF.  Sounds simple, right?  But it must not be, because it doesn’t exist as far as I can tell. 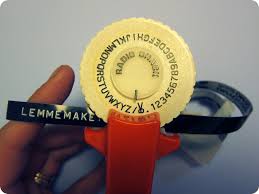 I shouldn’t admit this, but I’m intrigued by the new Brother label printer.  I’m a big fan of Brother printers in general, and I too had one of those rotary label makers.

I love Fujitsu ScanSnap scanners.  Brooks Duncan (number one web site for paperless living) tells us how to disable the progress window.  I scan a lot of stuff, so this is good.

Not technically tech related, but awesome.  The New Yorker is opening up its archives.  Only for three months, though.

James Berardinelli explains exactly why I rarely go to movie theaters.  It’s the people, man.  Always the people.  I’m probably going to make a exception for the new Planet of the Apes movie this weekend.

As I noted the other day, I like the Philips Hue line of automation devices.  This light switch looks very promising.

My friend James has an idea for a new Apple device.  I don’t know.  The Windows convertible devices I used back in the day were, well, not fun.  On the other hand, I haven’t worn a watch in years, and I’m very curious about the iWatch.  Maybe Apple can recreate two previously obsolete devices.