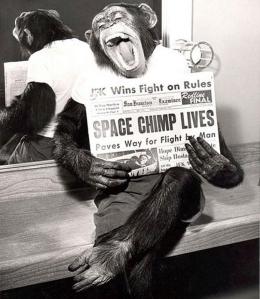 I tried IFTTT a while ago, sort of forgot about and, then recently rediscovered it and have become a heavy user.  Lifehacker has some good uses for IFTTT and RSS feeds.

Here’s a list of documentaries someone doesn’t want you to see.

I want to be clear about this.  I am very close to either dumping satellite TV altogether or paring back to basic channels only, and using the huge savings that would result to buy the things I want to see on demand, via Apple TV, etc.  The minute I can’t fast forward through commercials, I will.  I promise.  I don’t like hate- the word or the emotion, but I frickin’ hate anyone who wants to force me to endure ads of any kind.

ETA looks like a useful app.  If I left the farm for home right now, it says it would take me 1 hour and 49 minutes.  In reality, it would take about 1 hour and 20 minutes.  The problem with these driving time apps is that they don’t have an accurate way to estimate driving speed.  In low traffic conditions, people drive varying amounts over the speed limit.

When did Christians become so un-Christian-like?  I believe in God and pray every day.  But if I were to mount an argument for atheism, it would be the fact that God has not struck down all these jackasses that purport to speak for Him.  At the rate we’re going, religion is going to turn more people away from God than all the sex, drugs and rock and roll combined.

I’m doing my part to give squirrels the opportunity to show their kindness and adopt orphans, by shooting the ones who repeatedly raid my bird feeders.  So far, I’m only using a BB gun, but if a little pain in the butt doesn’t work, I will move to the .22.  The bigger problem is the raccoons who empty even the most squirrel-proof feeders in the middle of the night.