Let’s talk about the cloud. 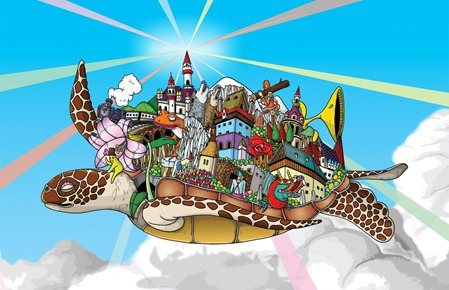 Old people (like Bob Dylan?) and decision-adverse corporate IT departments are still scared of the cloud.  But it doesn’t matter.  It’s not up to them, any more than it was up to their forefathers and mothers who were horrified by the prospects of giving up their safe, reliable horses for cars.

We are all moving to the cloud.

You can embrace it, and make it work for you.  Or you can elect, as many do, to make no decision and get left behind.  The same mentality that results in so many large companies using 10 year old software will probably result in many large companies protesting the cloud while their data continues to rise into it.

The cloud is inevitable.  And mostly wonderful.

I was going to spend the first part of this post comparing iCloud and Google Sync, concluding that if you spend at least 60 seconds a day on a Windows computer, Google Sync is by far the best bet for email, contacts and calendaring.  Thankfully, Lifehacker did it for me, in a must-read post.  Even the most devoted Apple fans are often forced to use Windows computers at work.  And since sync today is almost as fragmented as IM was a few years ago, there is no universal solution.  I’ll use iCloud to push apps and photos to my devices, but my email, calendar and address book will stay on Google.

Back-ups are another matter.  I use a Time Capsule to back up my iMac and MacBook Air locally, and, despite a horrible customer support experience, SugarSync (you and I each get free storage if you sign up for a free or paid account via that link)  to back up most of my data to the cloud.  The initial upload can take a long, long time, but once you get your stuff in the cloud, the incremental backups are largely unnoticed.

For music in the cloud, I have tried both Amazon and Google Music, and settled for now on Google Music as my primary cloud player.  Apple’s iTunes Match will generate a lot of buzz when it comes out, but I don’t think my old, eclectic and significantly out of print music library is particularly likely to get matched.  Amazon has a lot to offer, particularly if you buy your music from Amazon, as I do.  But I like Google Music’s interface a lot better.

For general cloud storage, I use both Dropbox (you and I each get free storage if you sign up for a free or paid account via that link) and Box.net.  I have been a more active Dropbox user over the years, but Box.net’s recent 50GB promotions make it a very attractive option.  I think when corporate America gets drug to the cloud, Box.net is best positioned to be the destination.

So, here’s the deal.  You and your data are going to the cloud, one way or the other.  So why not get in front of the curve and take advantage of all the cloud has to offer.

Because it offers a lot.  Almost everything you want.  Except a choice.

4 thoughts on “You Don’t Need a Weatherman: The State of the Cloud”