I’m a little punch drunk and heart sore after reading another example of narcissism, hatred and polarization in America***.  The lack of self-awareness and empathy in this country is epic, and saddening.  We need to relearn logic and civility.  We need less hate and more love.  Less anger and more kindness.  It sounds trite, but it is absolutely the truth. 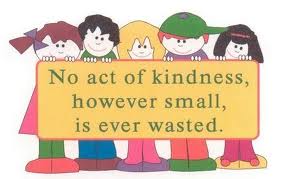 Which leads me to Facebook (if we are, “Friend” me).  I have learned to live with Facebook’s nonsensical organizational and navigational structure in the name of meaningful and efficient social interaction.  Unlike Twitter, which I completely don’t get, there is actual social interaction to be had via Facebook, largely because the non-nerds have embraced it.  This is good.  We also need less nerdity, but that’s a topic for another day.

One of the reasons people flock to Facebook is because Facebook imposes some rules that, at least in theory, improve the experience.  In general, I agree with this.  But Facebook’s sense of etiquette is odd, in at least two ways.

We Need a “Dislike” Button

Why in the world isn’t there a native “Dislike” button for Facebook posts?  Is it really a breach of etiquette to disagree with something?  Are we a nation of sissies or what?  How in the world can you even have a conversation when the only possible responses are to say yes or give a sermon?

Like our polarizing society at large, there are a lot of haters on Facebook.  Much of the hate is politics based.  I haven’t been excited about politics since Jimmy Carter’s acceptance speech (what a great night that was) at the 1976 Democratic Convention, so I generally ignore political rants.

What my conscience won’t let me ignore is thinly disguised racism or hate masquerading as patriotism.  There are a lot of what, at first glance, look like religious and patriotic gestures on Facebook that are actually the opposite of both.  I badly need the ability to succinctly register my disapproval of that sort of thing.  A “Dislike” button would do that.  Without one, I have to either ignore something I find offensive or write a Comment expressing my disagreement.  Writing a Comment is much more confrontational than simply “Disliking” something.  Plus, having “Likes” and “Dislikes” would allow people to quickly gauge group sentiment on things.

It’s OK Not to Be Friends

Facebook seems to think that we all have really fragile karmas.  Otherwise, why wouldn’t there be an option to say say “No” to a “Friend” request?  Sure, you can now say “Not Now,” but as TechSpot points out, this results in the bizarre situation in which the rejecting person’s public posts show up in the rejected person’s stream.  You don’t have to suffer the horror of someone saying no, but you get to be constantly reminded that they did.  Crazy, no?

I recently sent a “Friend” request to Craig Newmark.  He and I are by no means real world friends, but we have emailed a few times over the years, and have a lot of mutual friends.  I thought he was getting unduly crapped on over the Craigslist thing, and decided to reach out.  Anyway, he didn’t accept my request, which is perfectly fine.  The problem was that, because I sent a “Friend” request to him, his public posts started showing up on my Facebook wall.  Since he and I are not Facebook “Friends,” I was not able to comment on those posts or join in the conversation.  In effect, I was being excluded from conversations on my own Facebook wall.  Since there is, for reasons that escape me, no easy way to withdraw a “Friend” request, I had to block Craig and then un-block him, just to go back to square one.  This is perfectly illogical and unnecessary.

It would be so much more efficient- and so much less offensive for everyone involved- if someone could just say no to a “Friend” request, and have the requesting person notified.  If your sense of self-worth is dependent on whether someone accepts your Facebook “Friend” request, maybe you should step away from the computer.  Heck, I’ve had lifelong real world friends un-“Friend” me, and I still manage to get up and live my life every day.

*** For the record, I largely agree with the points Mike is making, if not the way he chose to make them.  Having said that, I also think our government and economy is generally set up to favor the super-rich over everyone else, and if there is a tax increase (which would be fine if used for the right purposes), the super-rich will figure out a way to avoid or recoup much of their losses, in one way or another at the expense of the rest of us.  John Scalzi, author of one of my favorite books, has the best take on this latest brouhaha.

5 thoughts on “Facebook Etiquette: Cruel to Be Kind, in the Wrong Measure”