This afternoon and tonight I am beginning on my quest for a more manageable email inbox, Delicious inbox and, most importantly, Google Reader starred items list.  Here are some specifics:

1. Email: I am a terrible emailer.  Anyone who is related to me will attest to this.  So my email gets backed up for weeks.  I have emails from people I know, bands I’d love to write about and developers that wanted me to preview their now public applications sitting in my inbox.  No more.  I’m going to move things out of there from now on.  Folders or the trash can.  That’s my plan.

3. Google Reader: Google Reader, both natively and as a part of my Content Manager page, is a big part of my online experience.  I use starred items as my primary holding place for both things I want to read later and items I want to write about later.  I wish I liked Read It Later better, so I could move my deferred reading list there and save the starred items for writing topics.  As is, I have hundreds of starred items, and they are about to get un-starred.  Really interesting things will get added to this post for your benefit.  Everything else is going to be tossed out, and I intend to clean out my starred items list at least weekly.  We’ll see how it goes.

So here’s the stuff that made the cut.

Maybe I should use more of these.  Right now I use Windows Live Writer, and that’s it.  I think my list would be a lot different.  Or I could come up with a bunch of form emails.  On a related note, here’s someone’s list of the top 10 tools for your blog or web site.  Be careful with those iPhone site optimizers.  Many people, including me, would rather read a site in its regular format via Safari than to be forced into an alternate iPhone format.  I used Intersquash here for a while and it worked great, but I decided I didn’t want to force people into the iPhone layout.  Last and maybe not least, here are 25 blogger widgets.

Trivial Pursuit has come to the iPhone.  It was one of our favorite family games when Mom was alive.  My sister generally kicked out butts, but we kept trying.  Wheel of Fortune is also available.  So is everybody’s favorite bar game, shuffleboard.

There’s a lot of interesting stuff at Rules of Thumb.org.  For example, did you know that “a farting horse will never tire; a farting man is one to hire”?

Photography Aisle:  Want to take better portraits?  How about a free plug-in to make your photos look like film?  Here’s another app to help mask the crappiness of the iPhone’s camera.  Or you can stitch a few crappy iPhone photos together and make a bigger crappy photo.  Here are 10 cool to bizarre effects you can add to your photos, and here are 10 more image generators.  If you, like me, think that Photoshop is harder than writing limericks in Latin, here are some tutorials.  And some more, for watercolor effects.  And if you make it through all that and still have your senses about you, here is someone’s list of the 100 most popular Photoshop tutorials.

How about some cool magnet tricks?

If you don’t want to write a script to protect your email address from spammers, you can use Scrim.  Here’s mine, so protected.

Now I know why I was so underwhelmed after browbeating my mom to buy me some seamonkeys.  I was expecting them to look like the picture on the back of the comic.  Of course that disappointment was mild compared to those x-ray glasses.

PBS has a site for streaming some of its shows.  So now you don’t need a TV to watch boring shows (Ken Burns’ excellent films excepted).

I sure wish I’d had an iPhone in high school.  We had to buy the Cliff’s Notes, and sometimes they made us read books that didn’t have Cliff’s Notes.  How wrong was that?

Ron’s Evernote Tips has a regular supply of great ways to use the excellent Evernote application.

So YouTube has a new design for channels.  I’m not sure what channels are in that context.  Let me go look. . . .  OK, here’s my channel, with the paltry amount of videos I have added.  I like the fact you can edit the page from the page, sort of like My Yahoo.  I don’t like the fact that some asshole label keeps making YouTube strip the music from my little videos.  I think I’m done with YouTube until it outlives the music industry.  Maybe I should take a look at Fliggo.

Here’s a roundup of VHS to DVD converters.  I say if you have a ton of VHS tapes you want to convert, buy one of the Panasonic dual decks and if not, take the tapes to a shop and have someone do the conversion for you.

I’m finding out that I do a lot of stuff wrong on Twitter.  Another thing I do wrong is unfollow people who don’t follow me back, unless it’s a big media news source or someone really, really interesting.  Here’s an app that can help with that.  I like the way it loads over your Twitter background.

If you are a southpaw like me and two of my three kids, you might be interested in this mouse.  A C-Note is a lot for a mouse, but using a right-handed mouse is like sitting at those right-handed desks in primary school.

If you want a personal cloud, there’s the really hard way, the not quite ready for primetime way, and what looks like the very easy way.  I’ve ordered a Pogoplug and will review it when it arrives.

Recall my pet rules.  I don’t trust anyone who doesn’t like pets.  And I am scared to death of people who are obsessed with cats.  I love cats.  I just don’t base my life on mine.  I’m crazy enough on my own.

Yes, my email gets backed up.  But I don’t really think Tweetdecking it would make me more efficient.

If the new iPhone comes out this summer as rumored and hoped, I told Cassidy I’d give her my current iPhone.  What I didn’t tell her is that I would put a big heap of this on it first.  If she doesn’t like that, there’s always this.

Daily Booth makes it easy to do that picture a day thing.  I don’t know that I’d ever do that, but I think it’s a cool little app. 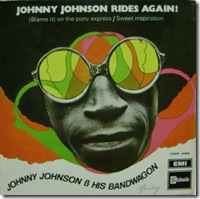 This may be the coolest album cover I’ve ever seen.  I can’t find any songs to sample, but you can hear snippets at Amazon.

Here’s a list of iPhone accessible news sites.  I think dedicated apps is the way to go, but if not, an iPhone friendly design is a decent alternative.

Here’s a less than impossible way to make a favicon.

I love the idea behind Songfacts, but it bums me out that one of my favorite REM songs was written as a tribute to Leonard Cohen.  Sorry, but I do not get the whole Leonard Cohen thing.  Just like I think MacArthur Park is a stupid song (though I dig Jimmy Webb), despite the arguments I hear from some of my musician buddies.

This article sheds some light on why Taj Mahal‘s publishing company is called Cheraw S.C., Inc.  I’m from Cheraw, and have always wondered about that.