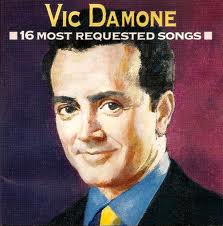 Mike Miller at Be a Good Dad has a post today about kids and music. Specifically transitioning kids from kids music to non-kid music. He talks about a new CD that, he says, has Metallica songs done in a more kid friendly manner. I’m not a Metallica fan, but I have tried, and mostly failed, to introduce my kids to the music I enjoy.

When I was a kid, I thought most of the music my parents listened to was horrible. I remember records by Johnny Mathis, Vic Damone, Perry Como, etc. I still think that stuff is horrible, so it wasn’t purely a parent/child issue. So how do you expose your kids to your music in a way that minimizes the chance they will write all of it off as music for old fogies? In other words, how to you keep the Allman Brothers from becoming your kids’ Vic Damone?

I’ve tried a few approaches. Initially, I would occasionally call one or more of my kids into my study and play selected songs for them- Grateful Dead, Beatles, Muddy Waters, etc. Other than briefly making my oldest a James Brown fan, this plan didn’t work. They viewed it as a chore and couldn’t wait to be freed to resume playing, etc.

Then I bought them some “transitional records,” like any of the excellent records by former Del Fuegos frontman Dan Zanes. Dan calls his records “family music,” and that’s a great description. Other great transitional records include Jerry Garcia and David Grisman’s Not For Kids Only and Jonathan Edwards’ Little Hands. (Warning: if you have daughters, you better have a crying towel or two ready the first time you listen to the title track on Little Hands).

While I got some good new music out of the deal, that plan didn’t really work either, as my kids are much more interested in the Cheetah Girls, Hannah Montana, High School Musical and the other music they hear on the Disney Channel, etc. In other words, they are interested in music being made by kids- not so much music made by grownups for kids.

All of which led me to my current approach. Other than pointing out the occasional guitar riff or piano solo, I don’t try to teach them about my music. I just play it and hope they’ll come to appreciate it via osmosis.

Only time will tell if it works, but it’s the only chance I have to save the Allman Brothers.