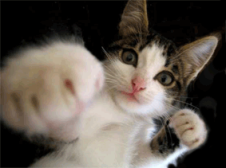 I have mildly defended Dave here a few times when I thought he was getting ganged up on and I have also said many times that he often makes it hard to defend him. Just yesterday, I mentioned how happy I am that Dave is focusing on Blackberry applications, simply because we need to close the media gap between the otherwise lovable Blackberry and every other phone on the market. I don’t know Paul from Adam (though I note that he refers to himself as Dr. in his bio, so please think of me as either Lawyer Newsome, Mr. Newsome or Cool Rocking Daddy, take your pick, for the duration of this post). While I don’t know Rogers, he seems like an allright guy and I have read his blog for some time. In other words, I don’t really have a dog in this fight, and I really, really don’t care who invented the internet or who invented news wires or news rivers or news papers.

Rather, I will make three points about getting along in the blogosphere:

First, whether Dave is right or wrong, he is sometimes his own worst enemy. When he writes something like this:

“Over in another part of the tech blogosphere they’re having a discussion about blogs that make big money. I still think Scripting News has the record there, by a wide margin. Last year we did $2.3 million in revenue. Expenses? One salary (mine) and about $1000 per month in server costs. A few thousand for contract programming. Pre-tax profit? Millions.”

That doesn’t just sound like bragging- there’s no other way to interpret it. It’s a “look at me, I’m not getting enough attention” sort of thing. One of the basic rules of human interaction is that someone who keeps grabbing your collar and telling you over and over how smart or how successful they are is bound to lose the argument. Let it go. If you’re smart and successful (which from my perspective Dave seems to be), people will figure it out. If they don’t want to admit it, it’s usually because they think you’ve been unkind, arrogant or a braggart. A pugilistic personality will grab the spotlight from personal achievement every time.

I don’t share this space with hitch-hikers. I use my blog for my own ideas. They make good money. No point diluting what I have to say.

I can see more arrogance and I can tell Dave’s mad at someone, but I have no idea who. All that a reader who doesn’t follow the story like Jane Goodall follows chimps can glean from that paragraph is contempt. For crying out loud man, just say what it is you want to say. Who are you dumping on? Everyone? No one? Just tell us. At least then there is the possibility that someone might agree with you.

And finally, all this fighting over who invented what and all these little smart boy nerd-of-the-week clubs that pop up here and there in the blogosphere make the blogosphere look more like a nursery room than a place where intelligent grown-ups engage in distributed conversations about grown-up stuff.

Everybody needs to grow up, take a long look in the mirror and stop believing their own bullshit.

Is anybody with me?