Stephen Baker over at Blogspotting makes a very good point about the blogosphere and its credibility, or lack thereof.

Steven Streight commented to another post on Blogspotting, saying that the blogosphere is losing credibility. He compares the expanding blogosphere to the over-expansion of radio and TV stations that led to a decline in the quality of content. 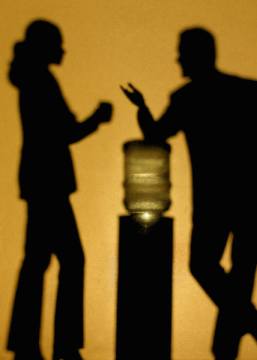 To an extent, I agree with that analysis. I get well over a hundred stations via DirecTV, but there are close to a hundred that don’t interest me at all. I probably do 85% of my watching on 10% of the channels. While I don’t listen to traditional radio anymore because of the ads, I only listen to around 10 of the 100+ XM Radio channels. The rest of those channels and stations either don’t interest me or, in some cases, annoy me.

But just because I don’t listen to the other channels doesn’t mean they have no value. It just means that they attract a different audience. My kids barely tolerate my TV shows and have a limited tolerance for my music. They like some of those channels and stations I would never watch on my own.

I think watching people play poker on TV is about the most ludicrous thing I have ever heard of, but since there are 80-90 poker shows on at any given time, a lot of people must like it. On the other hand, I find Survivor to be compelling television, but many people look down their noses at any sort of reality TV.

Different strokes and all that.

It’s the same with blogs. While I tend to agree with Steven’s description of MySpace as the toilet of the blogosphere, I also know there are millions of young people who love MySpace but would find my blog to be the cyber equivalent of watching paint dry. Or even worse, watching golf on TV.

The blogosphere is merely an extension and expansion of the water cooler and dinner table conversations that are held all the time in all sorts of places. Some of those conversations would bore me to death. Others I would find very interesting. But my circle of interest is not the benchmark for worth- either for the water cooler or the blogosphere.

If somebody has opinions, mannerisms or agendas that bore me, I simply turn the channel or click away. I may doubt that person’s credibility, but I know that somewhere someone is saying, writing or blogging something that I would find more compelling.

I just have to find the right water cooler to fill my cup.