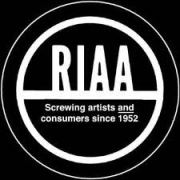 The mainstream media is finally being forced to cover the misdeeds of its cousins’ henchman, the priority-challenged RIAA thanks to some recent customer bashing by the RIAA and all the shotgun shells it’s using trying in vain to stuff the cat back into the bag.

First, it has an interview with the lawyer for lead target and allegedly innocent mom, Patti Santangelo, who lays out the mostly ex-parte (read without the knowledge or involvement of the target) court filings made by the RIAA to uncover the identities of its latest batch of moms, grandmoms and dead people. After obtaining an order from the court, the RIAA sends notice to the internet service providers of said targets, asking for their names and addresses. Then the RIAA sues the targets by name in the jurisdiction where they live. And for a few thousand dollars and a promise to keep the bag firmly tied (even though the cat is long gone), the RIAA will settle the case and move on to another batch of targets.

Second, it has a transcript from an American Morning with Miles O’Brien show on CNN where Ms. Santangelo appeared. The conversation with her is interesting and all, but things get really interesting when Cary Sherman, the President of the RIAA joins.

Here’s a small portion of that transcript, with my thoughts included in bold font:

O’BRIEN: It might get that message out that it’s illegal, but there’s also another message which comes out, which is a question of fairness. Is it fair to go after a divorced mother of five who doesn’t have a lot of financial means, who really didn’t know anything about this and thought she was doing all she could to protect her kids online? [[[The RIAA doesn’t care a whit about fairness. In fact, they probably figure if they sue enough innocent people, they will create a nation of little RIAA narks that will squeal on anyone who even thinks about listening to a song they haven’t paid for at least once, and preferably twice.]]]

SHERMAN: And we understand that point. [[[Absolutely they do; that’s why they’re doing it.]]] And the reality is that an overwhelming number of people who have been sued tell us the same story, that they didn’t know what was going on, they didn’t know it was illegal, and so on and so forth. [[[Is it me, or is he calling her a liar on national TV? At a minimum he’s saying he doesn’t care about her sob story. Just give the RIAA some money- so what if it’s your grocery money.]]]

O’BRIEN: And so what do you say? You just tell them — say, tell it to the judge? Is that it? [[[No, he’s saying pay us a few thousand dollars to settle and avoid the judge.]]]

SHERMAN: We basically try to settle at a reasonable number, taking into account all the circumstances of the particular case. In this case, if Ms. Santangelo did not do this, then she should tell us who did, and we would modify the complaint accordingly. [[[Great, now he’s saying bring me your kids and I’ll sue them too.]]]

O’BRIEN: Oh, well that puts a parent in a tough position. You know that. Yes.

SHERMAN: Well, but parents have to assume…

O’BRIEN: Would you do that as a parent? [[[I really wish they had forced him to answer this question hypothetically, assuming that he, like Ms. Santangelo, didn’t have extra money laying around to give to the RIAA. I’d love to hear him answer that hypothetical. Just because he works for a misguided, anti-consumer organization doesn’t make him a bad parent. At least he would have had to deal with the dilemma directly and not sidestep it like he did.]]]

SHERMAN: Parents have to assume some responsibility for their kids. I would probably do what you said you would do, which would be settle the case and let that be a lesson for the kid. We had one grandfather who had those kids work off the amount that he paid to settle as a way of teaching them a lesson and making this a family event. [[[So now the RIAA is providing family events- sort of like the Disney Channel.]]]

O’BRIEN: All right. Cary Sherman, thanks very much.

Look, I am not all that much of a defender of people who illegally download music (recall my take on the “I forgot to delete them” lady). And I know this Sherman cat has a really hard job.

But the indisputable fact is that the RIAA is trying to make the digital river flow back up the hill, and that’s simply not going to happen. Why not try to recreate the now broken business model, paint yourself as a facilitator of positive change and try to get on the high road, both morally and, more importantly, public relations wise? Isn’t that a better strategy than indiscriminantly suing a bunch of moms and grandmoms and dead people and whatnot?