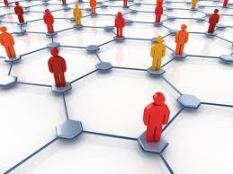 As I’ve been rewriting most of the Rancho DeNada pages, I’ve been thinking about the internet and its evolving role in the American family. I think we’re about to get to the point where the internet moves beyond on online phone book, atlas and catalog and becomes something very useful- a way to stay connected in a hectic world. Here’s why.

When the internet first came into the nation’s consciousness, it was a place to send email, which was new and novel at the time, and a place to explore- like an online text based adventure game. Emails oddly enough replaced more phone calls than letters, since most heavy letter writers (such as everyone in my extended family over 50) didn’t embrace the internet. So what was intended to connect people had the opposite effect. People simply used email rather than the phone. It was fast and cheap, but very impersonal.

Then there was the world wide web. For early users, it was fun just to be on the net looking at a page created by someone far away. I remember late one night back in the mid-nineties I found myself chatting on an IRC program with a fisherman from Japan. It was pretty amazing at the time.

The problem was that content (or more specifically the web pages that displayed it) was very, very hard to create and so expensive to maintain that the big media companies pretty much controlled the distribution of information. The internet was becoming an online newspaper, but there was no reasonable way for the average person to create, maintain and distribute content. It took me hours and hours to create the original version of Rancho DeNada (which would look like my 3 year old’s coloring book by today’s standards), and every update was painstaking. I caught lightning in a bottle when I created ACCBoards.Com back in 1996. At one time we were doing 2 million hits a month. But when the dot.com bust happened and the internet advertising revenue model vanished overnight, I had to affilate with a network just to keep the site online.

Now, things have changed. There are so many applications that allow developers and writers and truck drivers and housewives to create professional looking content and publish it immediately (Blogger being one of the best for non computer types). Lots of families now have year-round, current “Christmas letters” in the form of a web site or family blog. Here is the best example I have seen (I don’t know them- I found their excellent family blog on Feed Map), but there are many others, including, to an extent, this page. One or two families that are connected in some way create a family blog and link to each other. Before you know it, the thing gets legs and there is a little neighborhood of family web sites. It isn’t just limited to families either- photographers, bird watchers and banjo players can do the same thing. Add some photograph serving by flickr to the mix and before you know it, you’ve got something really cool. Fred Wilson has a neat post today about the scalability and leverage of the new internet. Good post by my favorite blogger.

These interconnected pages make it easy to keep in touch with your neighbors as well as people you know in other parts of the world. I grew up in South Carolina and live in Texas. As anyone who knows me will attest, I am a terrible correspondent. I don’t call and I don’t write (and I am not proud of it). But I do update Rancho DeNada, so someone across town or across the country can see what we are up to with the click of a mouse.

And maybe the best thing about it is that these pages make it easy to stay connected on a meaningful level with people you care about. They even inspire people to make phone calls, or plan camping trips or do something else that groups of families can enjoy together. Finally, the web becomes a way to stay connected. That’s what Al Gore created it to do in the first place.

There are some turnkey solutions out there, Yahoo!360 being one I have experimented with. And while those sites are great for someone who hasn’t the time or inclination to build a site from the ground up, they are not flexible enough for a lot of people, myself included. I want a free standing site where my imagination is the limit and I can make every little corner the way I want it to be. But whether you want to build the whole thing or use an existing platform, the choices are there. And most of them are free.

Later this week, I am going to start a survey of Houston blogs and we’ll see some real examples of what I am talking about.

Now if only our friends would create some sites we could link to.