The blogosphere is boring me lately, so I need to make some adjustments. I need to find a more conversational blogosphere.

My dilemma is the result of a couple of patterns. Stated simply, the first is a growing realization that I simply don’t care about a lot of the stuff that pops up in my RSS feeds lately. I don’t really care that Six Apart bought Rojo. I think pay per view movies on a cell phone is perhaps the silliest thing I’ve ever heard of. I can’t even muster enough interest to write a separate post about how silly it is.

I am tired of the same old same old. Dave Winer reminding us once again that he invented something people are talking about today a long time ago. I don’t really care that Dave invented everything we talk about. Good for him. I’m just bored with hearing about it.

Is there any place for modesty in the blogosphere- or has it become one giant billboard for self-promotion?

I’m weary of hearing people who have done everything they can do to raise their profile in the blogosphere proclaim that they don’t care about traffic. Let some of those folks talk to themselves for about a week and see how they feel. It’s perfectly OK to raise your image and try to become influential among the hundreds of people who care what a blogger thinks. But it is hypocritical on its face to then turn around and say traffic (the blogosphere’s attention equivalent) isn’t important to you.

If people won’t be intellectually honest about their intentions, is there a basis for conversation?

I’m bored with reading the latest cheerleader report on how Web 2.0 is big business poised to change the world. No one seems to see beyond the boundaries of the blogosphere. It’s cool if you really think the next social bookmarking service is going to change the world. I’m just tired of hearing it- particularly from people with skin in the game. We’ve talked about the easily identified conflicts of interest in the blogopshere, but the less obvious ones are a bigger, and growing, problem.

It just seems like the blogosphere is becoming an online series of tupperware parties where friends move money around amongst themselves while they wait for the mythical third party tupperware lover to show up. It’s Eugene O’Neill, Stanley Kubrick style. 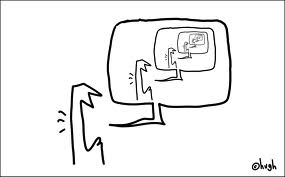 The second troubling pattern is the echo chamber that we talk about from time to time. Some self or temporally appointed smart guy says something that is supposed to be clever or earth-shattering and then, like the anchovies at the Krusty Krab, tons of others pile out of the bus and say the same thing. With so many people saying the same thing, conversations are simply not possible. There’s just the drone of a hundred keyboards typing the same words.

And finally, I’m exhausted from trying to have conversations with people who don’t share my view of the blogosphere as conversational. Blogging is a lot of different stuff for a lot of different people. For me, it’s not about spouting off my latest philosophy and it’s certainly not about making money. It’s supposed to be about having fun. It’s supposed to be about learning stuff and sharing interests. The more I think about it, using blogging as a way to make money or become influential is, well, boring. Can’t we just be regular people and talk about interesting stuff? Sure we can. If we make an effort to seek out like-minded individuals.

It’s not wrong to think of the blogosphere differently than I do. Good luck to those who think blogging is going to make them rich or famous or get them a Wikipedia entry. It’s just more fun to find people who come at the blogging thing from a similar place.

So I have decided to seek out a more conversational blogosphere. Gone from my blogroll will be those whose primary purpose, be it disclosed or not, is wealth accumulation or self-aggrandizement. I would find those people boring in the real world. The fact that they found the little room at the end of the hall before me doesn’t make them any less boring.

In sum, I either have to fix my blogging outlook or stand by and watch my blogging interest go to zero the way so many of my stocks did back in Bubble 1.0

I want to find, link to and converse with the sort of people I’d enjoy talking to in the real world. I’m going to need some help finding them. But I’m pretty committed to this new manifesto.

I’m interested in tech, obviously. And I think much of the Web 2.0 stuff is cool- taken in the right context. I’m interested in music, movies, humor, photography and self-expression in general. I want to talk and learn about that stuff. I’m tired of talking at people who aren’t listening and I’m concerned that by doing that, I am missing out on better and more useful conversations that are happening somewhere else.

It’s going to be a bit of trial and error and it may completely fail. I may end up in an even smaller room all by myself. But I have to try.

Otherwise, my blog is going to wither and die out of sheer boredom.

I’m going to have some space on my blogroll. If you know of anyone interesting I should add, let me know.